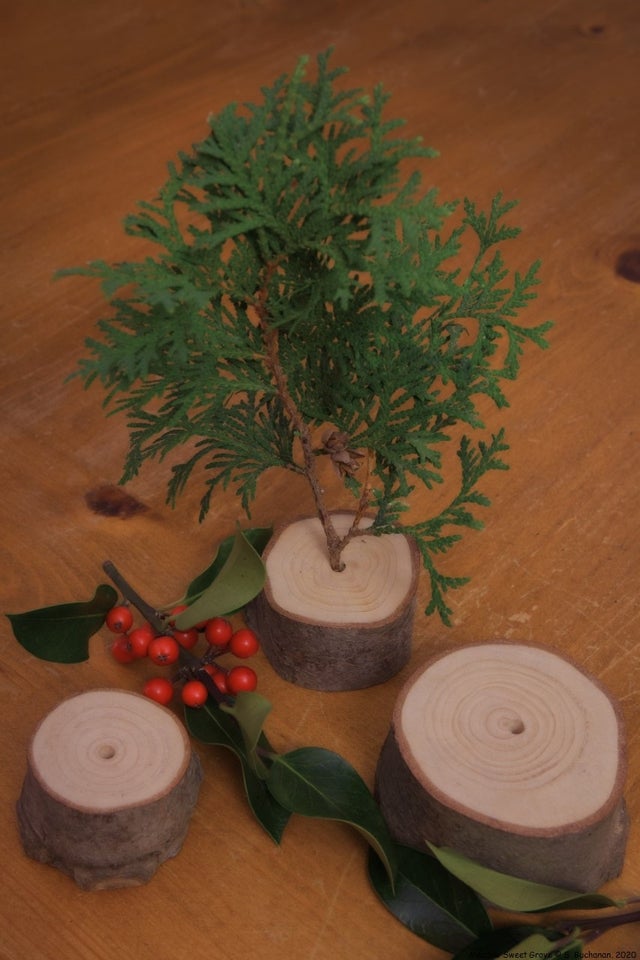 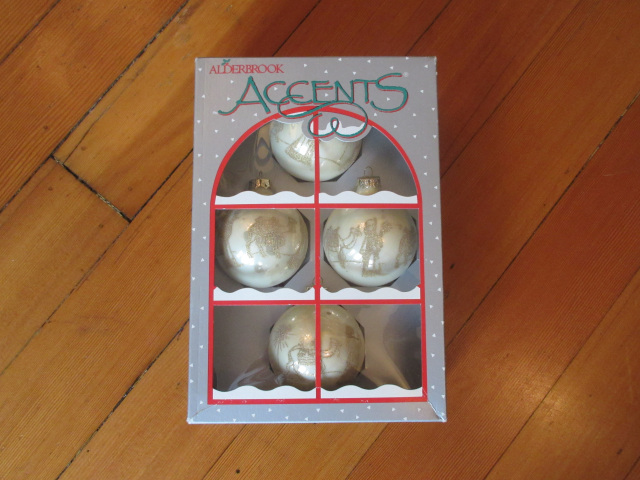 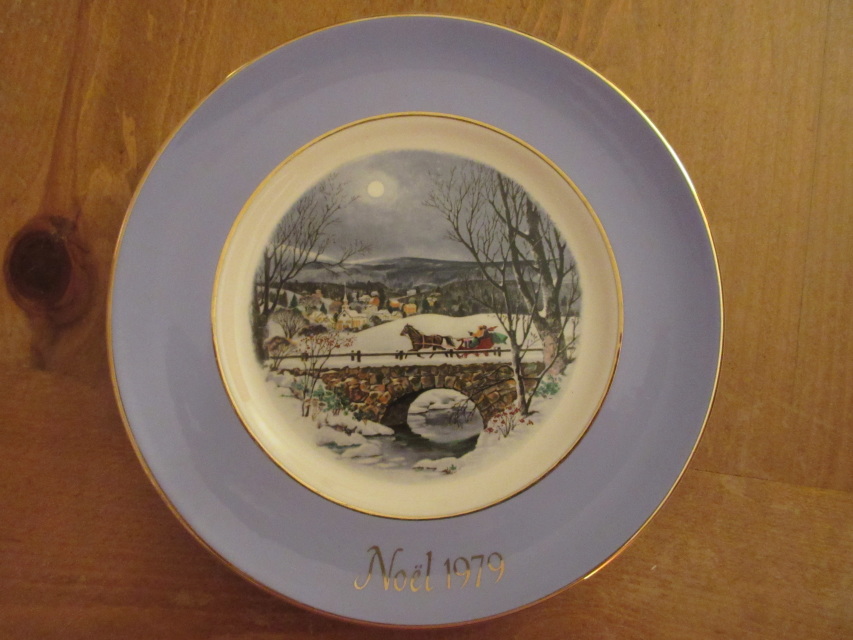 Vintage! 1979 Christmas Plate Enoch Wedgwood Avon "Dashing Through the Snow" - Made in England 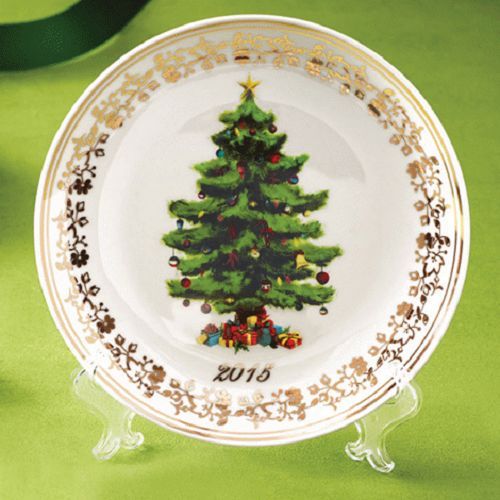 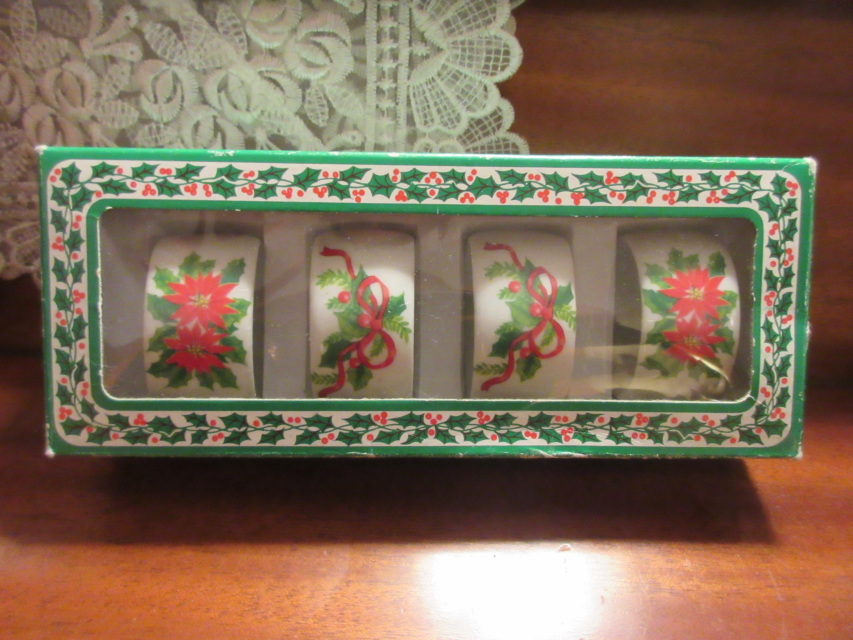 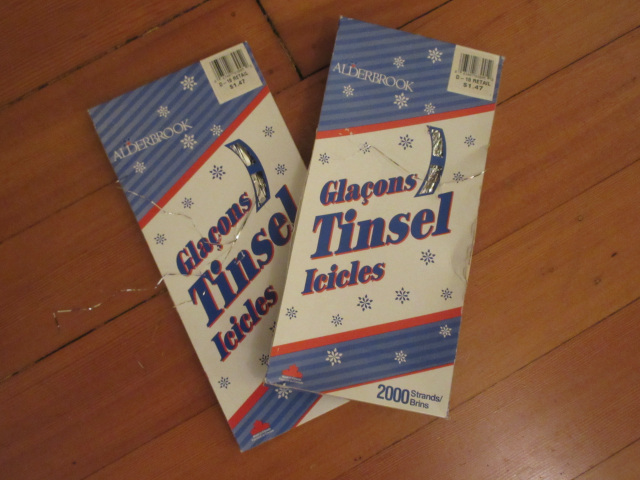 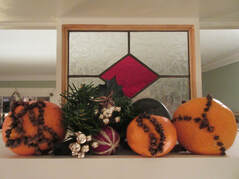 Dec 1 - Open your advent calendar
Dec 2 - Send pretty Christmas cards to friends
Dec 3 - Watch classic movies like:  A Christmas Carol or It's a Wonderful Life​
Dec 4 - Make a bowl of oranges studded with cloves - they smell wonderful
Dec 5 - Trim your cedar or holly tree and leave out the free trimmings for your neighbours ...
or go on the search for pine cones or free trimmings someone left out for you!
Dec 6 - Decorate your front doorway with cedar boughs, holly & pine cones
Dec 7 - Build a snowman ... if you have snow, or watch Raymond Briggs' The Snowman


Dec 8 - Haul out the Christmas decorations and deck those halls
Dec 9 - Put up and decorate your Christmas Tree (save a few branches from the bottom)
Dec 10 - Make a wreath for the front door from stray branches cut from your Christmas tree
Dec 11 - Wrap up all those gifts you kindly purchased from Meadow Sweet Grove! Cut up old Christmas cards to use for tags
Dec 12 - Make catnip bags for the kitties or homemade treats for the doggies
Dec 13 - Do your grocery shop (online if you can) to gather all the Christmas fixings together for the big day
Dec 14 - Put together a Christmas puzzle with a child, spouse, roommate or by yourself with a glass of wine!
Dec 15 - Bake sugar cookies and cut into old-fashioned shapes like trees, stars, & snowmen
Dec 16 - Drop some of those cookies off on a neighbour's doorstep, knock, walk away and wave from a safe distance
Dec 17 - Watch funny movies like:  A Christmas Story or Merry Christmas, Mr. Bean
Dec 18 - Make a cup of fancy hot chocolate
Dec 19 - Clean your little abode from top to bottom while listening to Christmas music
Dec 20 - Walk around the neighbourhood and look at all the Christmas lights 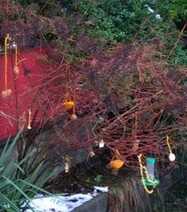 Dec 21 - Yule / Create a Winter Solstice Tree for all the little birds and woodland creatures that visit
your yard or balcony (click picture to read how!)
Dec 22 - Watch unique cartoon movies like:  Raymond Briggs' Father Christmas or Klaus
Dec 23 - Spend a quiet evening, gazing at the twinkling lights & enchanting ornaments on your Christmas tree ... pour your favourite drink!
Dec 24 - Hang up your stocking, sit quietly by a window at midnight, and feel the approach of Santa's sleigh

​Did you know that articles from past weeks are archived in my Blog?  Check it out here! tomato-spinach-casserole.html
FOLKLORE & MAGIC 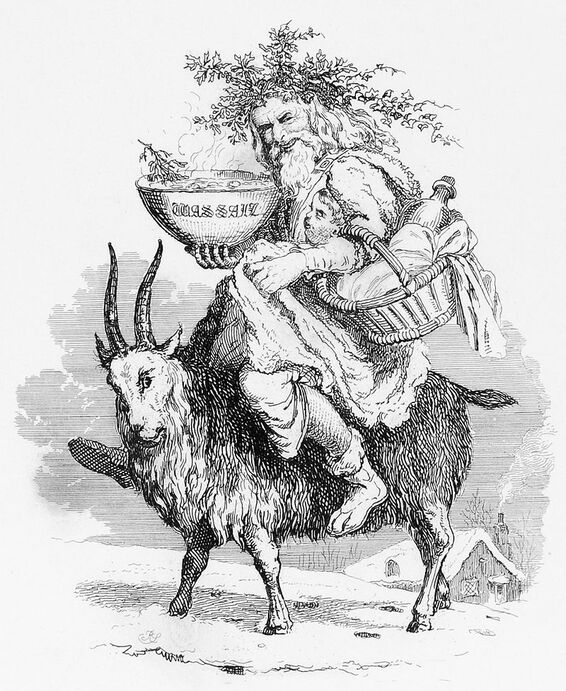 Illustrator: Robert Seymour, 1836 "Old Christmas"
Interestingly, I immediately came across this image, which is so similar that I felt the artist must have based her artwork on it. This earlier version is titled "Old Christmas" and was illustrated in 1836 by Robert Seymour for "The Book of Christmas" by Thomas Kibble Hervey. Santa with his Yule Goat appear quite often in Christmas cards too during Victorian times.

I thought the goat might have been a nod to the old horned Gods or perhaps, because in other British Isle traditions like Puck's Fair and May Day, goats are sometimes crowned with flowers during harvest and summer festivals. He's an important little fellow associated with harvest and sun and so could easily be associated with Winter Solstice as well.

But of course there is the Yule Goat or Julbock in Scandinavia! My first introduction to the Yule Goat was many, many years ago when we bought a little boxed set of Christmas ornaments of straw goats from IKEA, the Swedish furniture company.
The Julbock in Scandanavia is thought perhaps to be derived from the two goats who pulled the sky chariot for the God Thor (Norse); or with the God Devac (Slavic) who was depicted as a white goat. Originally he demanded gifts, or offerings at this time of year, probably in exchange for returning the sun, and as the traditions changed and Santa Claus appeared, the white goat became the giver of gifts instead.

But getting back to why the artist called this "The British Father Christmas" and why Robert Seymour, a British illustrator depicted Santa in this way ... well, maybe the Yule Goat trotted his way on over to Britain and merged in wonderfully with the already existing English traditions surrounding the goat.  Now as for the Wassail bowl ... 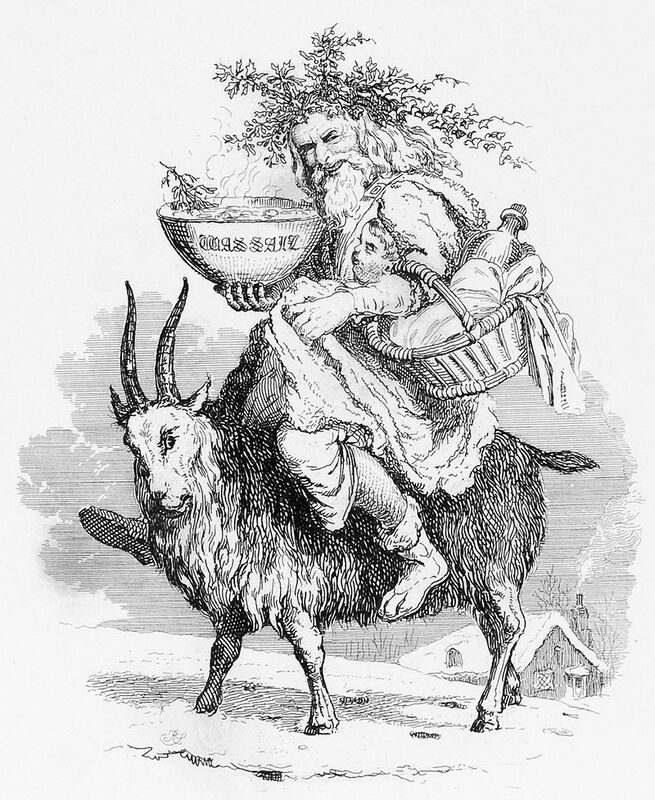 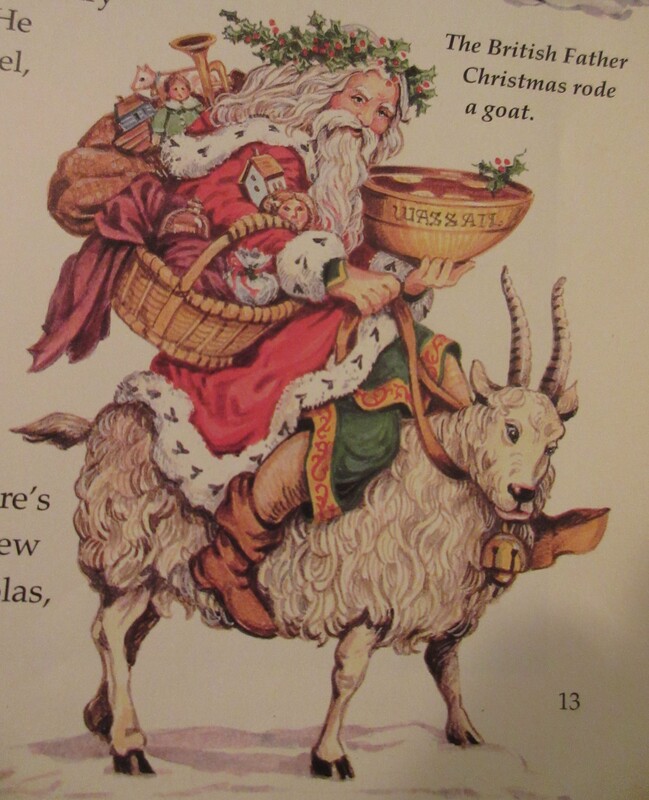 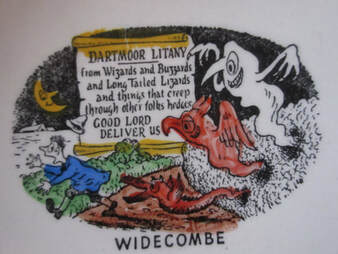 ​Did you know that articles from past weeks are archived in my Blog?  Check it out here! october-25-2016.html